We Don't Cut Corners, We Clean Them 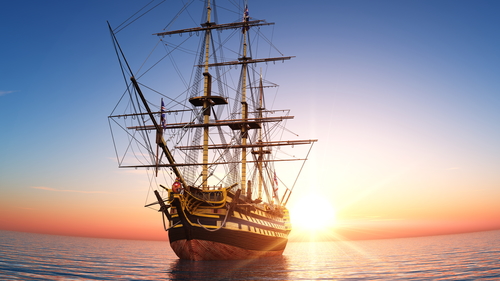 Some 360 years ago, settlers from Virginia landed off of Acton Cove and Spa Creek in Annapolis. Eventually what would come about in the 1680s was the 19 acre city of Annapolis. Good size vessels would come up and drop off supplies, people, and whatever else they had. As time went by though, the people of Annapolis became in constant competition with Baltimore.

In the early part of the 19th century there was a real sense of economic insecurity. There was a rather shallow entrance to the Severn River which would really restrict travel for large ships. As the ships would continue increasing in size as the years progressed, they looked for larger ports such as Baltimore.

The leaders of Annapolis were constantly trying to pay to have the channel deepened, but that never happened, all the while Baltimore was becoming a major seaport and were garnering all the economic prosperity that Annapolis once had.

The leaders of Annapolis asked the Federal government for anything, could Annapolis become a Naval Depot? No. Could they house a Naval Arsenal of some sort? No. The construction of the C&O Canal and the B&O Railroad started on the same day in 1828 and so they were able to get one railroad track to come to Annapolis and were given one locomotive in 1840.

There are some wonderful 18th century houses with marble and other luxurious features that since 1950 “Historic Annapolis” has been working to preserve. These restored homes have become jewels dotting the Annapolis waterfront, creating a Historic Renaissance of sorts. Now Annapolis has made the preservation of this history another means of promoting it’s economy. Resourceful indeed!

Annapolis is a living town with over 300 years of rich history, economic struggle and then stability with class. It is a town on the Chesapeake that oozes with charm and sea appeal with a promising future.

Check out our next article about sailing in Annapolis!